I rode dirt bikes in about 1974 and 1975.  I took an MSF course in 2000 and began riding street bikes.  My first street bike was a Suzuki 1200 Bandit, then a Yamaha Road Star Warrior, then a 2003 Honda Goldwing and now a 2006 Honda Goldwing.  Soon after getting my motorcycle license I began looking for women's groups to join and found Women on Wheels. It was nice riding with my husband but it is different riding with a group of women.  Women are usually more considerate of others in the group. I enjoy attending the dinner meet and greets and riding with the Women on Wheels members. 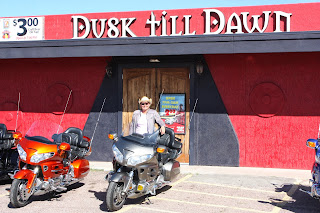